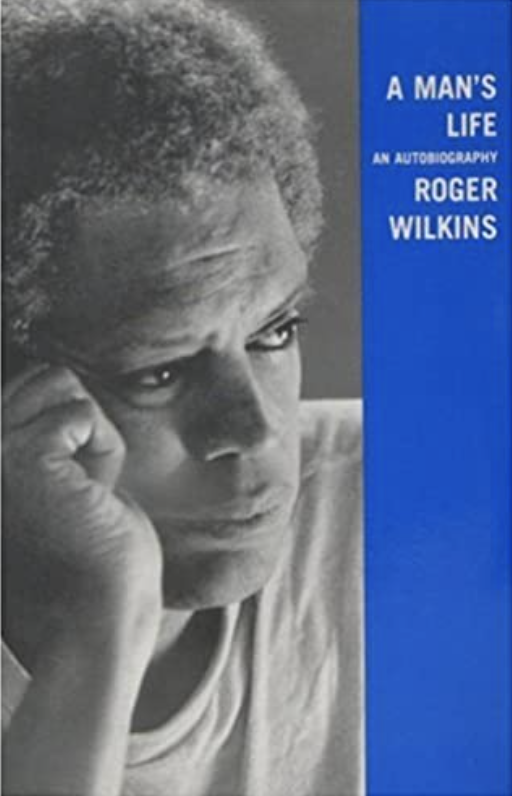 A Man’s Life: An Autobiography

Roger Wilkins was a leader in the fight for civil rights in the Kennedy and Johnson administrations before becoming a Pulitzer-prize winning journalist.

Roger Wilkins was a lawyer, journalist, and civil rights leader who played a key role in the presidencies of John F. Kennedy and Lyndon Johnson. In his autobiography, written in 1982, Wilkins presents a piercing assessment of the way his childhood made him “more American than Black and more complex than was comfortable or necessary.” He also writes about how that clashed with his growing anger over racism and commitment to civil rights issues as an adult in government and in the newsroom.

Born in Missouri, Wilkins’s family moved first to New York and then to Grand Rapids in 1943, where he says he carried his “Blackness” around “like an open basket of rotten eggs.” He attended the University of Michigan due to its football team, and became the second African American elected class president.

Graduating with a law degree in 1956, he was recruited to USAID and then as a senior aide in the Kennedy administration. Following the passage of the Civil Rights Act, he joined the Community Relations Service, which was intended to serve as a peacemaker in communities confronting conflicts over race and discrimination, eventually becoming its head in 1966. His description of his growing anger at the agency’s futile efforts to bring justice in the wake of violence in Watts in Los Angeles, and in Detroit, are some of the most powerful passages of the entire book. Wilkins is open and frank about his growing disenchantment with government efforts to fight racism, just as he is about the disintegration of his marriage. Refusing to serve in the Nixon administration, Wilkins left government and joined the editorial staff of the Washington Post, where he won a Pulitzer Prize for his commentary on the Watergate scandal. He then moved to the New York Times, where he continued to advocate for the civil rights of all peoples.