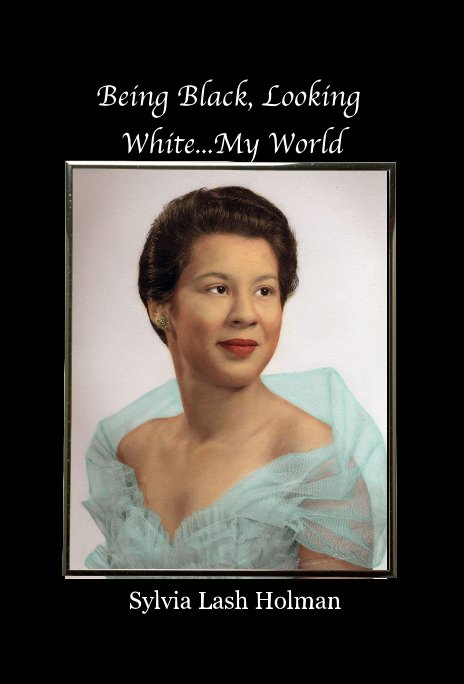 Being Black, Looking White ... My World

Sylvia Lash Holman’s extraordinary life has taken her from segregated North Carolina to Ann Arbor where she spent decades as a teacher and advocate for educational equity.

Sylvia Lash Holman’s extraordinary life has taken her from segregated North Carolina to Ann Arbor, where she spent decades as a teacher and advocate for educational equity. In this lavishly illustrated memoir, which originated as a series of emails to friends while she recovered from cancer, Holman recounts her life and the challenges she overcame with the help of family, friends, and determined good humor. She shares stories from her childhood, the challenges of her move to Michigan, where, for the first time, she “had to learn how to live and interact with whites,” and her career in education.

In telling her stories, Holman describes in rich detail what it was like to grow up in deeply segregated North Carolina. Born in 1938 to a family of teachers with Black, Native American, and European ancestors, her heritage allowed her to “pass” as white to strangers, which she occasionally used to her advantage and amusement.

After attending the historically Black West Virginia State College, she came to the University of Michigan to pursue a master’s in social work in 1960. Her uncle had earned his Ph.D. from Michigan in the 1930s and had promised to sponsor her graduate education there. But his stories of discrimination by the University had left her deeply skeptical and wondering, “hadn’t that school mistreated him enough?” Holman found she disliked both U-M and social work, and after a year left for Eastern Michigan University to pursue a teaching degree. After marrying a U-M student, she was persuaded not to return to the segregated South but remained in Michigan, where she taught special education in Detroit and then Ann Arbor for the next three decades.