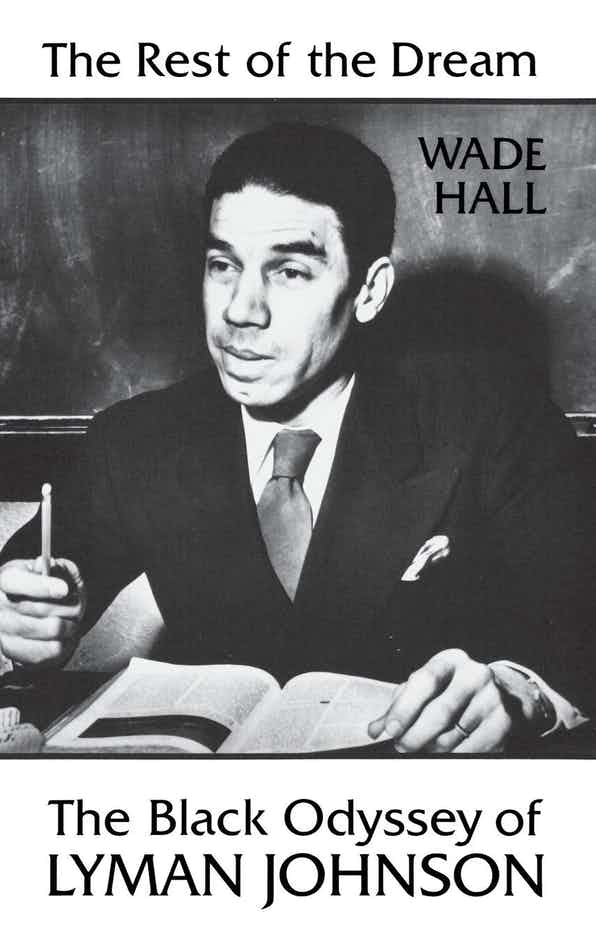 The Rest of the Dream: The Black Odyssey of Lyman Johnson

Lyman Johnson was an educator and a key leader in the fight for civil rights in Kentucky for more than 40 years.

Lyman Tefft Johnson was an educator and a key figure in the struggle for racial equality in Kentucky. This searing account, created out of more than 50 hours of recordings of Johnson’s conversations with author Wade Hall in the 1980s, is more than a civil rights document or straightforward autobiography; it presents a wide-ranging overview of Johnson’s life and his views on race in American history and society.

Johnson was born in Tennessee in 1906, and the book presents an unflinching account of childhood in the deeply segregated South, including graphic depictions of lynchings. He was fortunate, however, that his family gave him the opportunity to attend college and then pursue a master’s degree in history at Michigan in the early 1930s, the first time he had ever seen a non-segregated classroom.

After graduation, he returned to the South, becoming a high school teacher in Louisville, Kentucky. Following World War II, he became deeply involved in the developing civil rights movement. Although he summarizes his strategy as “first, we’d open up the park, then the universities, then the lunch counters, then hotels and restaurants…’til we had a society accessible to everyone,” the chronology of these efforts receives relatively little attention. His recollections focus instead on his attitudes and those of his students, and individual moments of courage, protest, and violence. For example, when discussing his most famous contribution to the civil rights struggle in 1949, when he was the plaintiff in the court case that forced the University of Kentucky to admit Black students, Johnson barely discusses the case, but rather focuses on his time as a Ph.D. student at Kentucky afterward, and the racism and hypocrisies he encountered.